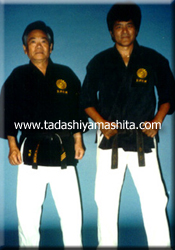 Sensei conducts annual martial art seminars around world sharing his philosophies. Sensei's International Association spreads from the United States to Bulgaria, Greece, Israel, Netherlands and Russia. Sensei also keeps a close connection with his birthplace of Japan, often bringing a delegation of representatives of his association to train and visit Okinawa.

Sensei's list of affiliated dojo's in the United States include the states of; Arizona, California, Connecticut, Florida, Indiana, Michigan, Minnesota, Virginia, and Wisconsin.

In 1967 Sensei moved to Mishawaka, Indiana and opened his first karate dojo.  Two of his first students were Sensei James Ninios and Sensei Bud Shafer.  In 1969 he became the head of the American Karate Association with Sensei Ernie Lieb.  In 1970 he became head of the Shorin-ryu Shorinkan in the United States under Hanshi Shugoro Nakazato. In 1972 Sensei moved to California and where many top artists, such as Mike Stone and Ed Parker noticed his talent and skill. This is where Sensei began his friendship with Elvis Presley and Bruce Lee. During the 1973 Pro-Am Karate Tournament, Sensei brought over 7,000 spectators to their feet in a standing ovation after demonstrating his mastery and skill of ancient kobudo weaponry.

Yamashita-Sensei is highly recognized as a leading authority in the martial arts, his accomplishments not only include his study with several notable high ranking masters such as Chibana-Sensei, Nakazato-Sensei and Matayoshi-Sensei. He is also well known for his explosive open hand techniques, Sensei combines many progressive fighting tactics with traditional aspects of karatedo, thus resulting in a devastating fighting system.  Sensei's dynamic fighting system known as "Suikendo," which translates to, "fist flowing like water." This non stopping flowing system of fighting, allows the karateka to simultaneously block and strike his opponent with blinding speed and accuracy.

Yamashita-sensei was born in Japan but moved to Okinawa when he was 8years old.  In 1953 He started his karatedo training with Hanshi Shugoro Nakazato of the Shorin-ryu Shorinkan in Naha, Okinawa.  At that same time he started training with Hanshi Shinpo Matayoshi of the Zen Okinawa Kobudo Renmei. In 1963 Sensei moved to Chicago, Illinois USA.  He continued to make trips every year to Okinawa to further his training with his karate and kobudo instructors.  In 1968 Sensei tested in front of Chibana Chosen-Sensei and Shugoro Nakazato-Sensei for his 7th Dan.  At that time he became the youngest 7th Dan in Okinawa, Japan's history.

Tadashi Yamashita-Sensei, has dedicated over 60years of his life to the practice Okinawan Karatedo and Kobudo.  A highly respected man in all circles of the martial arts, Yamashita-Sensei is sought after for karatedo and kobudo seminars from all over the world.  He currently retains the rank of 10th degree black belt in Okinawa Shorin-ryu Karatedo and 10th degree black belt in Zen Okinawa Kobudo.  Sensei is also the President, Director and founder of the Yamashita International Budo Association which incorporates Yamashita Shorin-Ryu Karate, Yamashita-Matayoshi Kobudo and Sensei's Suikendo Fighting System. 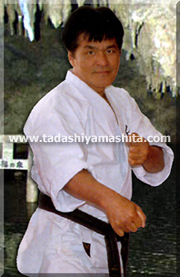 You've got a story to tell, and here's where you do it. Tell 'em who you are, why you do what you do, and how it's better than everyone else out there. This is the place to reel them in with your unique take on your slice of the world. 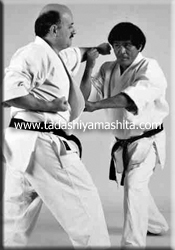 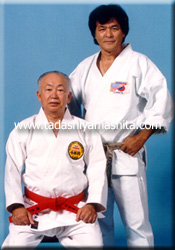