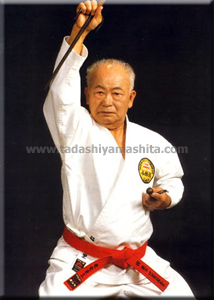 Is a three-pronged metal truncheon, were often used in sets
of two or three for the purpose of entrapping an attacker's weapon and using the pronged ends in a jabbing, puncturing strike. Although the exact origin of the sai is obscure, it closely resembles an instrument that was used in China, and is also believed to have been derived from a farming implement that was used for digging furrows in the ground for planting seeds. A third sai was often carried behind the back in the belt sash (obi) as a replacement for a hand-held sai that was thrown at an opponent. 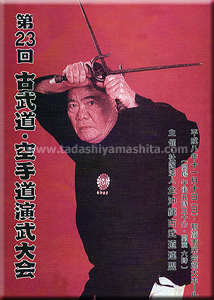 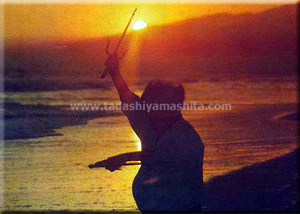