Chibana Sensei named his system Shorin-Ryu to denote that he was teaching exactly as he had been taught by Itosu Sensei. While training his students, he also coached students at three universities in mainland Japan; Takushoku University, Tyo University and Nihon University, through explanation of military exercise before the Pacific War.

After the war and Okinawa had recovered from the destitution, Chibana Sensei started to teach again to those students who had not been killed in the war. Many of his top students served and died for the Japanese Imperial Army.

Chibana sensei had devoted his total life to teaching Karate and in 1956 at the age of 71, he organized the Okinawa Karate Federation and took office as its first president. This was a big step for Chibana Sensei because the Okinawa Karate Federation was made up of main Ryus that had developed in Okinawa. This was the beginning of the end of the quarreling between school and system as to whose system was the best.

In 1957, because of his efforts to unite Karate on Okinawa and his total dedication to Karate, he was given the degree of "Hanshi no Sogo" (Doctorial Master) by the Dai Nippon Butokukai. This was the highest rank ever given to any Karate instructor and no one has received this rank since. In 1960, he was awarded a special athletic prize by the Okinawa Times.

In 1961, he seceded from the presidency of the Okinawa
Karate Federation to devote more time to his disciples and organized the Okinawa Shorin-Ryu Karate Association. 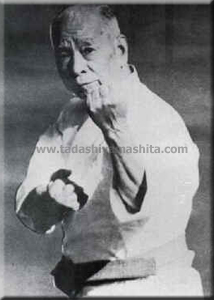 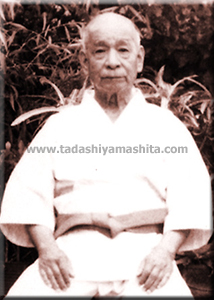 Chosin Chibana (1886-1969), student of Ankoh Itosu was born in Shuri on June 5, 1886, into a modest family. At the age of 14 he left school to become a student of the widely known authority of Karate, Ankoh Itosu. Chibana devoted his total life to the study of Karate under Itosu Sensei for 13 years.

In 1920, Chibana Sensei opened two dojos, one in Shuri and
one in Naha. Shortly before this time, Karate had been introduced to mainland Japan by several of Chibana's classmates, Kenwa Mabuni and Gichin Funakoshi. 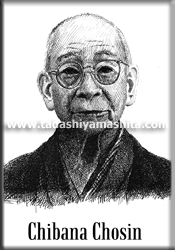